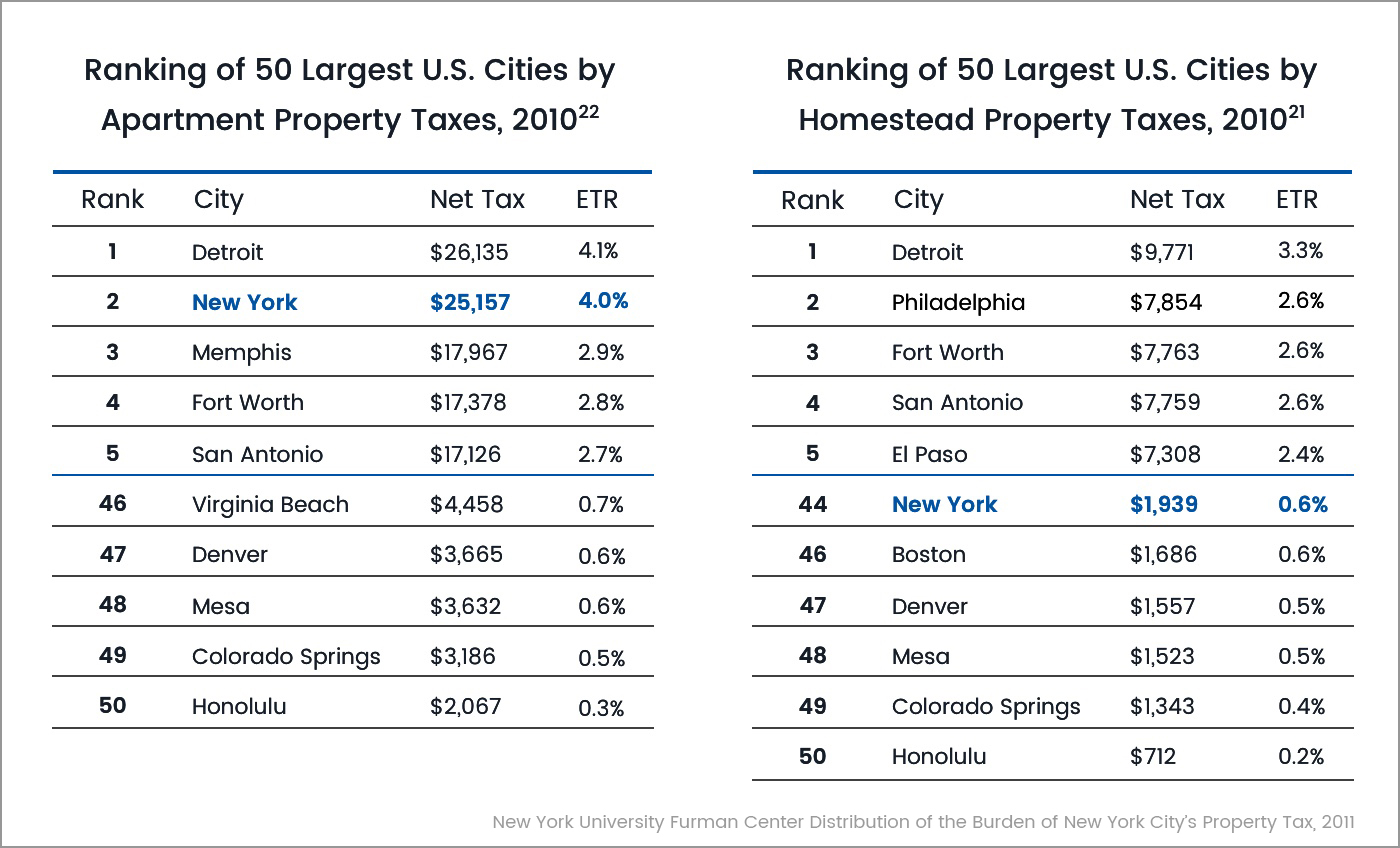 Figure 3.1: In 2010, the effective tax rate on one- to three-family homes—0.6 percent—was 44th among the 50 largest cities in the U.S. The city’s tax on rental buildings was the second highest (Distribution of the Burden of New York City’s Property Tax, New York University Furman Center, 2011). Figure 3.2: The rise in property taxes per apartment has coincided with the increase in the average cost of rent for market rate and stabilized tenants (Housing NYC: Rents, Markets and Trends, Rent Guidelines Board, 1995-2016).

Unlike other cities in the United States, nearly two thirds of New Yorkers are renters, and most renters cannot afford to own (Census Housing and Vacancy Survey, 2014). A recent study found that “half of the city’s households (51%) earn $55,000 or less annually and therefore could afford just 9% of the 2014 home sales.”

Even households earning up to $114,000 annually could only afford 42% of home sales in New York City (Report On Homeownership & Opportunity in New York City, New York University Furman Center, 2016). In 2014, the median income for market rate and stabilized renters was $41,500 and $40,600 respectively while owner households made around double with a median income of $80,000 (Census Housing and Vacancy Survey, 2014).

The significantly higher property tax burden on rental apartment properties is typically “passed on to the renters either in the form of higher rents or in cutbacks to building maintenance and repairs.” (Policy Brief: Property Tax Relief, Fiscal Policy Institute, 2015), “While renters do not directly pay property taxes, the incidence of the tax likely falls primarily on the renter, not the landlord” (New York City Property Taxes, An Unbalanced Burden, Assemblyman Dan Quart, 2015).

New York City’s traditional “naïve view that landlords bear the entire burden of the property tax in the form of reduced profits is almost certainly wrong, and it is impossible to evaluate the efficiency or fairness of the property tax without thinking about who else bears the cost” (Housing NYC: Rents, Markets and Trends, Rent Guidelines Board, 1995-2016).